Medialooks is a Russian company focusing on SDK development. Their product is highly regarded by Magewell R&D Team and Testing Team. Magewell is honored to partner with Medialooks. We are looking forward to further cooperation and integration to give full play to the strength of the two products. This cooperation will bring more convenience and cost-effective A/V solution to the users. The article below is reposted from Madialook’s official blog.

Since being founded in 2011, Magewell has released a series of PCIe capture cards, including SDI, HDMI and DVI models, several USB capture boxes and capture dongles. Magewell supports Windows, Linux and Mac OS and provides a powerful SDK with support for low latency, timecode, multi-device synchronization and up to 34 color spaces.

"Magewell's SDK has allowed us to implement the low-latency integration within just a couple of days," - says Andrey Okunev, Medialooks CEO. "We were also impressed by the overall quality of the boards and the fact that there are cards with rare configurations such as 4 HDMI inputs."

"What impressed us is the great compatibility of Medialooks' SDKs, - says James Liu, VP of Magewell. "All our products can run perfectly well with it. In addition, the SDK is very stable and provides essential features, such as encoding and decoding. The SDK supports various protocols and codecs. Developing using Medialooks' SDKs is easy and convenient. We are honored to be their partner." 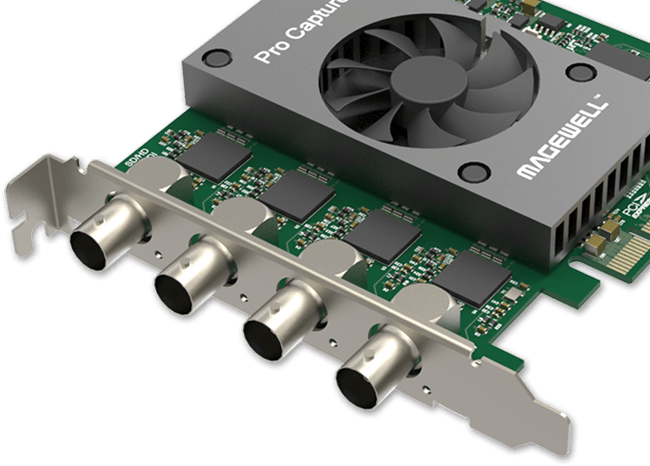