NDI® (Network Device Interface) is one of the most popular media over-IP technologies, and can be used to transport high-quality video, audio, and metadata over a LAN with very low latency. It enables users to leverage their existing Gigabit network infrastructure to build flexible, cost-effective AV-over-IP workflows.

If a unicast transmission method is used to send one NDI® stream to multiple destinations, the total bandwidth required will be approximately the bandwidth of the stream multiplied by the number of target endpoints. For example, sending the stream to two decoders would require roughly double the amount of bandwidth as sending it to a single decoder.

Using a multicast transmission mode is far more bandwidth-efficient, as the total bandwidth required stays essentially the same regardless of the number of decoders. This article explains how to uses the UDP (Multicast) transport mode in Magewell Pro Convert encoders to send a high-bandwidth NDI® stream to multiple decoders.

Our content flow is outlined in the device connection diagram below.

1. Log into the Web GUI of the encoder and go to the NDI® tab. In the Transport Mode field, select “UDP (Multicast)” from the drop-down menu. 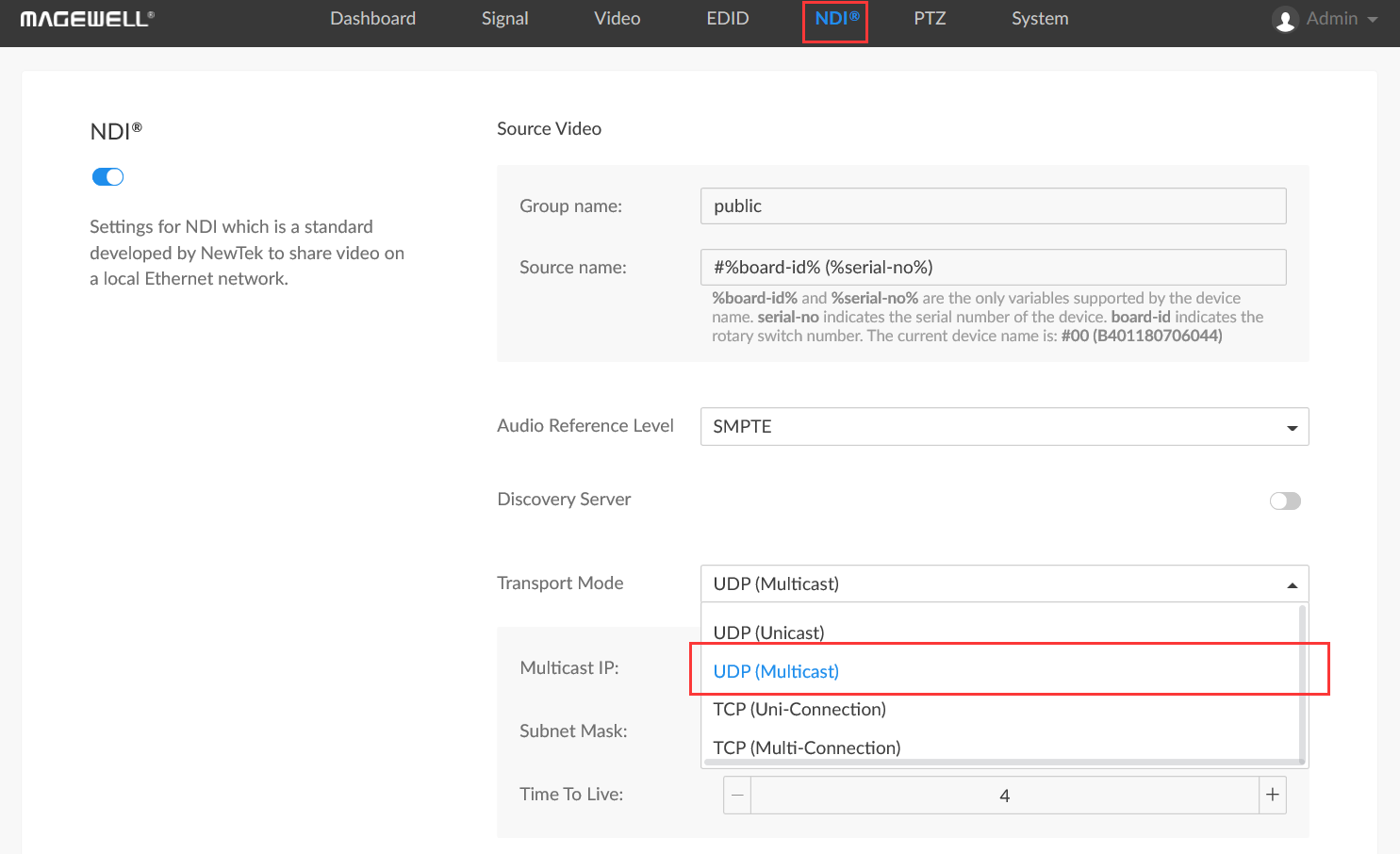 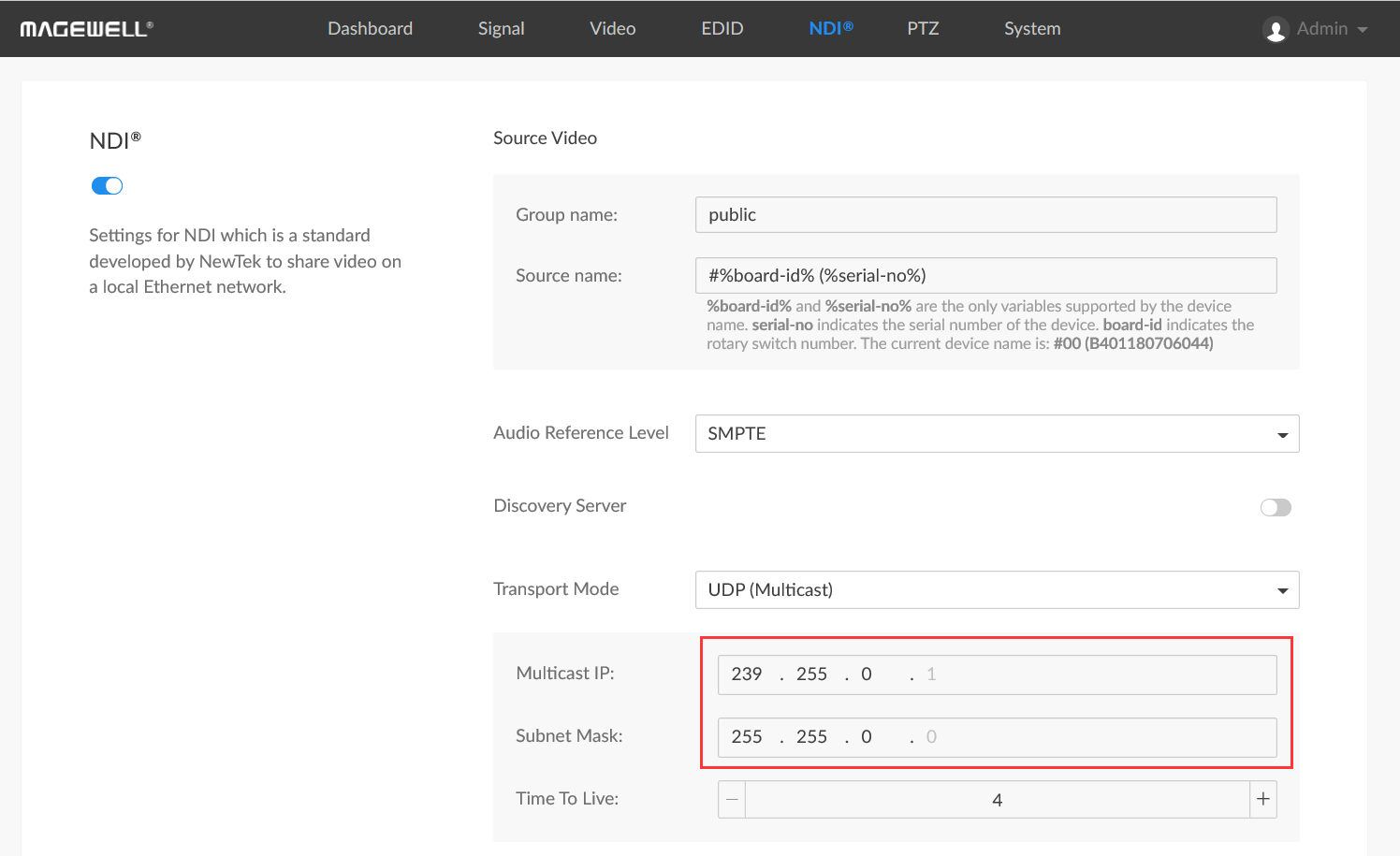 3. Scroll down to the end of the page and click "Apply". 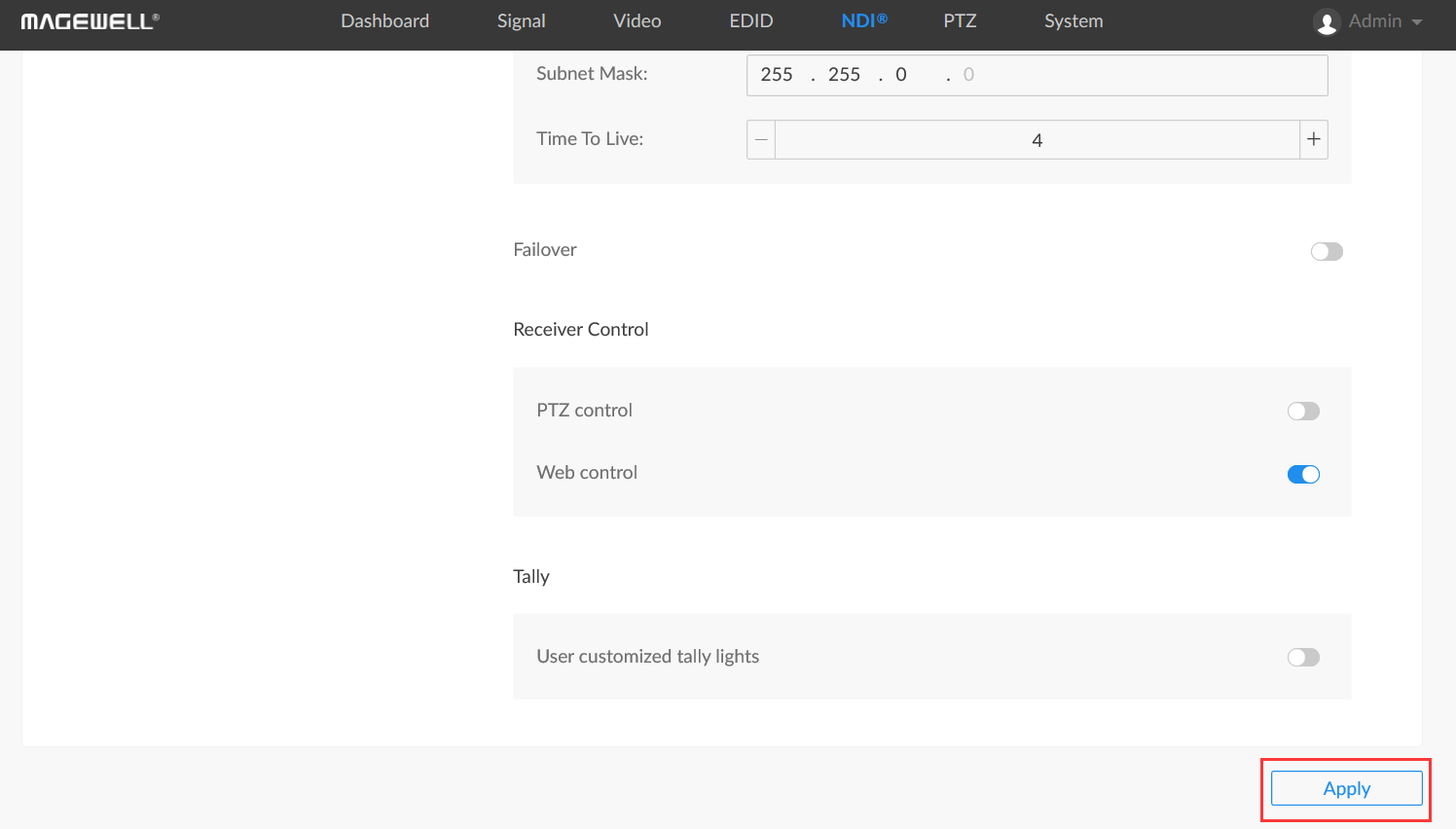 4. Log into the Web GUI of one Pro Convert decoder and click the "Source" tab. In the "NDI® SOURCES" section, the NDI® (Multicast) stream sent by the encoder will be displayed. Click “Select” next to this stream to begin decoding it.

6. Return to the encoder's Web GUI and enter the "Dashboard" tab. You can see in our example that the current sending bandwidth is 144.79Mbps, which is the bandwidth occupied by a single-channel 1080p60 high-bandwidth NDI® stream.

NDI® is a registered trademark of Vizrt Group.