Network Time Protocol (NTP) is a protocol designed to enable synchronizing the clocks of computer systems and devices on a TCP/IP-based network to a shared time source. First developed by David L. Mills of the University of Delaware in the early 1980s, NTP is now on its fourth version (NTPv4).

NTP supports four modes of operation: Client/Server mode, Symmetric (Peer) mode, Multicast mode and Broadcast mode. This blog briefly introduces the Server/Client mode, which is supported by some of our devices. 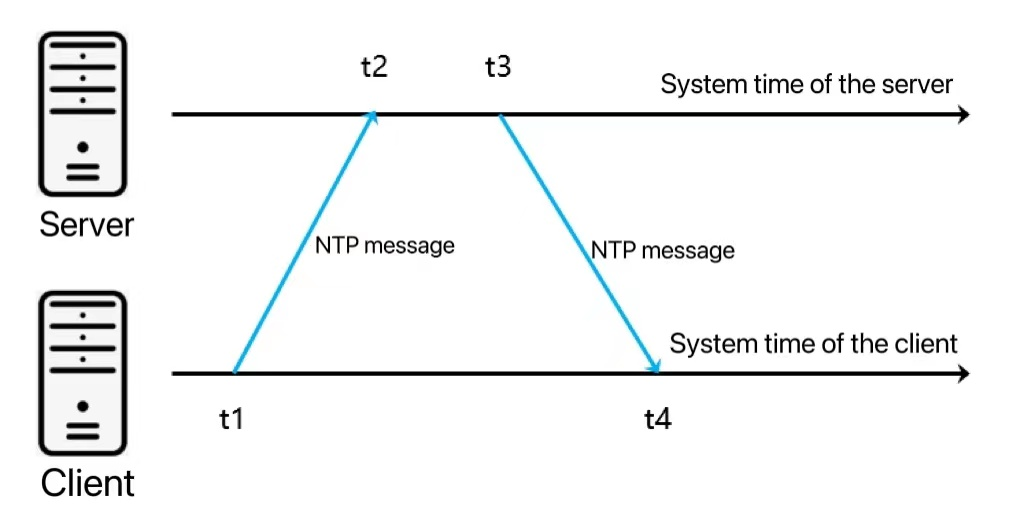 The round-trip delay of the NTP message can be calculated as (t4-t1) - (t3-t2), and the time difference between the client and the server is ((t2-t1) + (t3-t4)) / 2. The client can adjust its own time based on the above two parameters to synchronize itself with the server time.

Magewell Ultra Encode devices and Pro Convert encoders can be configured to use public or private NTP servers as a reference time source. This allows multiple encoders to be synchronized, and allows multiple decoders receiving the streams to synchronize them for output based on timecode in the SEI information in the streams.