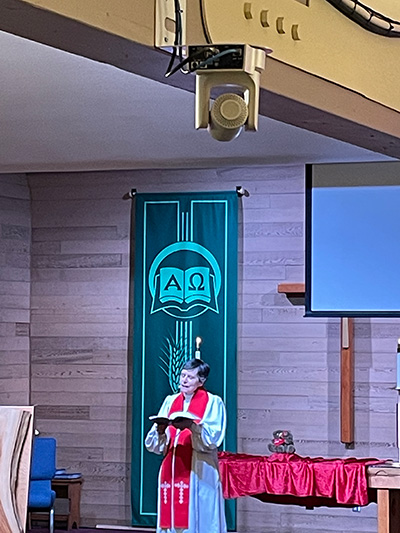 Founded over a century ago, Mill Plain United Methodist Church (UMC) in Vancouver, Washington has a welcoming, intergenerational congregation of seniors, families, and everyone in between. The church has a total membership of over 300 followers, with approximately 150 of them attending in-person worship services each week prior to the COVID-19 pandemic.

Like most churches with small physical spaces, the physical distancing restrictions necessitated by the pandemic had a massive impact on Mill Plain UMC's ability to host its congregation. While state-imposed gathering limitations would reduce attendance to fewer than 50 people, in practice the church's small sanctuary could accommodate less than 25 worshipers while maintaining six-foot distance between them.

Owning no video equipment other than an old projector and laptop used to display lyrics and graphics through Media Shout software, the church needed to quickly find a way for the pastoral team to continue connecting with followers.

Stepping Up to Live Streaming

Mill Plain UMC started first with a live-streamed worship service from a single handheld smartphone via Facebook. In April 2020, volunteer Chris Bauman suggested that a pre-recorded, video-based approach would provide a better sense of familiarity and "normality" for followers. Bauman took the lead on editing video and audio clips into pre-recorded services on his personal Apple laptop.

“While pre-recorded video provided increased capability over our audio-only stream, producing each service was very time-consuming,” said Bauman. “Initially it took 40 hours per week to produce each service, and while we got the production time down, it still took a lot of time not only for the editor, but also for the parishioners and lay leaders recording and contributing messages and music. Editing the pre-recorded services also required a specialized skillset, limiting the number of volunteers who could help, while the huge file sizes made it difficult for more than one person to work on it each week.”

At the same time, there was a growing realization that online video could play a key role for Mill Plain UMC even after the pandemic subsides. “With our pre-recorded video, we could already see that we were attracting viewers beyond our core membership,” explained Bauman. “We also knew that there would be people who would not feel safe coming to church in person even after a vaccine is available, as well as people who already were unable to attend because they are homebound, travelling, or working.”

The ministry team assembled a Future of Worship team, which convened in mid-April to strategize about the future vision of the church. Alongside other updates such as online giving and a website overhaul, live streaming was identified as beneficial not only during the pandemic but also for engaging and growing Mill Plain UMC's congregation long-term. As primary technology lead for the Future of Worship team, Bauman began researching live streaming solutions. 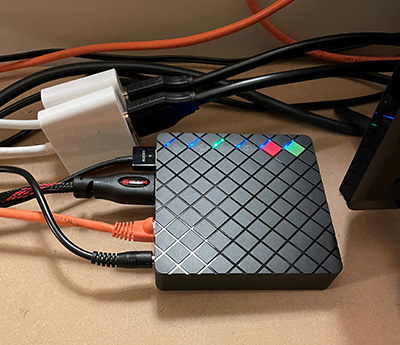 When evaluating his options for video switching and encoding, the nature of the church’s volunteer base led Bauman to favor a hardware-based approach. “While software production solutions are great, if you have an older population as part of your volunteer workforce, physical buttons are easier and more comfortable than using a mouse,” he explained. “We wanted a hardware-based switcher, which in turn led us to a hardware-based encoder. Our systems integrator, Timato Systems, recommended Magewell's Ultra Stream encoder for its simplicity, quality, and affordability.”

“I have found that the Ultra Stream family provides the best all-around value for an integrated streaming encoder and recorder,” said Tim Adams, owner of Timato Systems. “You can log in to control and configure via the app or any computer and browser on the same network. Competitive products start at double the price and don't really provide any significant advantage in encoding or recording quality.”

The solution supplied to Mill Plain UMC by Timato Systems starts with two PTZOptics 20x SDI PTZ cameras, controlled by a PTZOptics Gen 3 IP joystick. “The combination of price point and relative quality of the PTZOptics cameras was very hard to beat, and they offered fantastic resources for educating churches about streaming,” said Bauman. 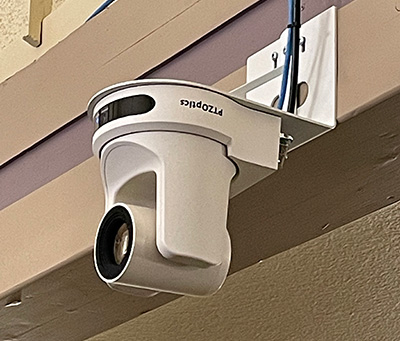 KanexPro HD-SDI to HDMI converters transform the SDI outputs from the PTZOptics cameras into HDMI signals, which are brought into a Roland V-8HD 8-channel HDMI switcher. A new Windows 10 laptop runs updated ProPresenter 7 software with two discrete outputs to the switcher – one for full-screen slides and imagery, and another for lower-third graphics to be overlaid atop the video. The program output of the switcher runs into the Magewell Ultra Stream HDMI encoder, with the Ultra Stream's loop-through output feeding a 24" TV as a confidence monitor.

Live video encoded by the Ultra Stream unit is streamed to the Vimeo platform, which in turn delivers the streams to viewers through Mill Plain UMC's website, Facebook Live and YouTube Live. While Vimeo automatically archives the live streams for on-demand viewing, Bauman uses Ultra Stream's built-in recording capabilities to create a locally-saved backup in case there are any issues with Vimeo or the church's internet connectivity. “I really like that Ultra Stream does both live streaming and recording, and that it has enough internal storage to capture five to six full worship services,” he said.

While Ultra Stream also offers on-unit buttons and a smartphone app, operators typically start and stop live streaming and recording through its browser-based web interface on the same laptop they use for ProPresenter. Bauman lauds how easy the Ultra Stream interface makes it not only for volunteer users, but also for his role as the de facto director of the production. “When you log in to the web interface, you see a preview of the video signal, and two large software buttons – green for streaming, and red for recording,” he explained. “It makes it very easy for me to direct people – I can just tell them 'click the big green button.'”

Mill Plain UMC delivered its first live-streamed service on November 1. The results have not only helped keep its congregation connected in a familiar way, but also expanded its reach while easing the time and effort burden on individual volunteers.

Bauman notes that in comparison to editing a pre-recorded service, live streaming has significantly reduced production time while allowing more participation from Mill Plain UMC's volunteer base. “Each service takes less than half the time to produce than it did with the pre-recorded approach,” he explained. “Live streaming also doesn't require as many specialized skills, which increases who can volunteer. Whereas the editing was mostly one person, with live streaming, we typically have four people – one running the sound board, one controlling the cameras and switcher, someone handling graphics on the laptop, and someone acting as director. It has reduced our time investment while getting more people involved.”

While COVID-19 was the turning point that drove Mill Plain UMC to start live streaming, what they have learned will continue to deliver lasting benefits even once the pandemic subsides. “Streaming has reinvigorated our congregation,” concluded Bauman. “We have seen how well it brings people back into our fold who were members but could not attend for many reasons. We're meeting people where they're at – whether they're on vacation, they live in another state, shut-ins, or at home because of COVID restrictions – we can be there. It was good for us as a church initiative, and the Magewell Ultra Stream has been an important part of that.”